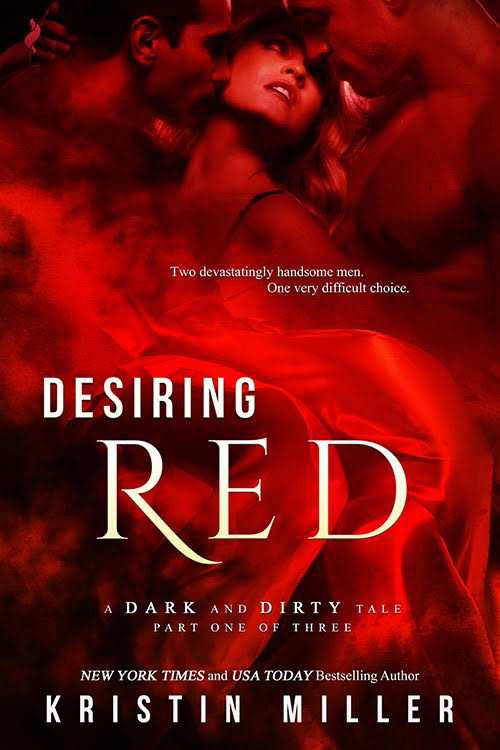 I’m indecisive when it comes to my shoes. Choosing a werewolf mate who’ll be with me until I croak? Pardon me while I take some time to think on it. But a steamy encounter before the final ceremony changes everything.

Reaper, the Omega’s eldest grandson, is fiercely loyal, scorching hot, and built for pleasure. He brings down my defenses, and before I know what’s happening, I succumb to the heat in his touch and the skill of his mouth. I’ve only just met him, but I need him like no other.

As part of my pack duties, I must parade in front of the Alpha, who has first choice of the pre-shifters. Rumors of his dark desires run deep, and I’ve always been intrigued. But the forbidden passion blazing between Reaper and me is too primal to deny. By pack law, Reaper can’t have me until the Alpha makes his choice…but Reaper’s never been one to follow the rules.

New York Times and USA Today best-selling author Kristin Miller writes sweet and sassy contemporary romance, romantic suspense, and paranormal romance of all varieties. Kristin has degrees in psychology, English, and education, and taught high school and middle school English before crossing over to a career in writing. She lives in Northern California with her alpha male husband and their two children. She loves chocolate way more than she should and the gym less. You can usually find her in the corner of a coffee shop, laptop in front of her and mocha in hand, using the guests around her as fuel for her next book. 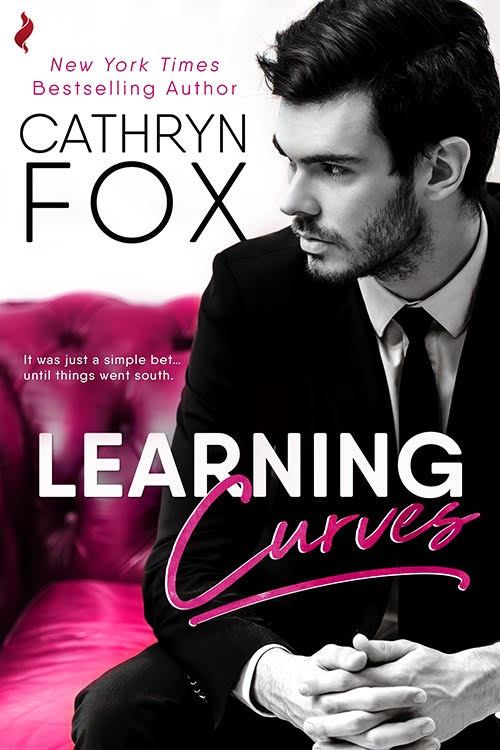 When he wins a sexy bet, billionaire Linc Blair can’t wait to get Lauren Neill naked. He’s never gone for her type in the past, and he’s pretty certain it has more to do with her buttoned-up hotness than the nagging sense that something is missing from his life. But when he gets a glimpse of the vulnerable woman beneath the conservative, yet oh-so-sexy clothes, it’s a game changer.

Lauren can’t believe she’s spending a few days with one of sexiest, and most annoying men she’s ever met. But she can’t deny the chemistry between them, and for once in her life she’s letting down her guard so she can explore a different side of herself. The side only Linc brings out in her.

Taking it slow, he unleashes her sexuality and it quickly occurs to him that what started out as a bet for him has become something more. With their weekend nearly over, and her ex showing interest in this new confident version of Lauren, Linc will have to risk it all if he wants to win the game of love.

New York Times and USA today Best selling author, Cathryn is a wife, mom, sister, daughter, and friend. She loves dogs, sunny weather, anything chocolate (she never says no to a brownie) pizza and red wine. She has two teenagers who keep her busy with their never ending activities, and a husband who is convinced he can turn her into a mixed martial arts fan. Cathryn can never find balance in her life, is always trying to find time to go to the gym, can never keep up with emails, Facebook or Twitter and tries to write page-turning books that her readers will love.

Only For A Night (Lick #1) by Naima Simone

Rion Ward fought hard to be free of the Irish mob life. Now, as the co-owner of Boston’s hottest aphrodisiac club, he’s traded crime for the ultimate sexual fantasy. But when the “good girl” from his past walks through Lick’s doors, he discovers that his unconsummated hunger for her never abated.

Widowed for two years from a man who felt that anything besides the missionary position was dirty, Harper Shaw is ready to move on. The first step to feeling alive again is sex. Hot, dirty, black-out-from-orgasm sex. And who better to provide it than the brooding, sexy, tatted bad boy-turned-man she’s known for years?

Rion, however, has one stipulation: He’ll be hers only for one night. One night to explore her every fantasy.One night to push her limits.  One night to introduce her to a passion that makes both doubt if it will be enough…

I was born the daughter of a sharecropper…okay, maybe not. But, I am the daughter of a pastor from whom I inherited my love of romance. The man can preach a mean Song of Solomon! (There’s that plug, Daddy! You can pay me later!)

Although my first book starred a cucumber named Fred, my first romance came several years later in the seventh grade when I wrote myself as a heroine opposite Ralph Tresvant from New Edition. Through the power of my pen and imagination, Ralph took one look across a crowded stadium, met my dark, mysterious gaze, fell passionately in love and serenaded me in front of millions of fans. Out of all the girls in the world, he chose me! And, of course we lived happily ever after—once we had the inevitable fight, aka black moment, and made up with a passionate declaration of love and fidelity. This same story reincarnated itself many times over the years: with Donnie Wahlberg from New Kids on the Block, Brad Pitt, Denzel Washington, and as recently as last night, Vin Diesel.

Though the characters have changed, my love of love has endured. Shaping the lives of the unique men and women who experience the first, hungry bites of lust, the dizzying heights of passion and the tender, healing heat of love— nothing compares to it. Except maybe discovering new material for love scenes with my husband, the head of Research & Development!

Until I meet the one girl in all of Chicago not interested in dry humping my junk. She’s all I can think about, and that’s a problem, because I made sure she wants nothing to do with me. But I’ve seen her deepest secrets, her darkest fantasies, and they match mine to a fucking T.

Now I need to show her how good it can feel…to be shameless.

Gina L. Maxwell is a romance author whose debut novel, Seducing Cinderella, hit the New York Times and USA Today bestselling lists in under a month and has since enjoyed continued success with her Fighting for Love series about sexy MMA fighters.

When she’s not reading or writing hot romance novels, she spends her time losing at Scrabble (and every other game) to her high school sweetheart and doing her best to hang out with their teenagers before they fly away.

← Review + Excerpt: The Player And The Pixie by Penny Reid and L.H. Cosway
Meet Mitch Mariani in Rebecca Rohman’s Uncorked →