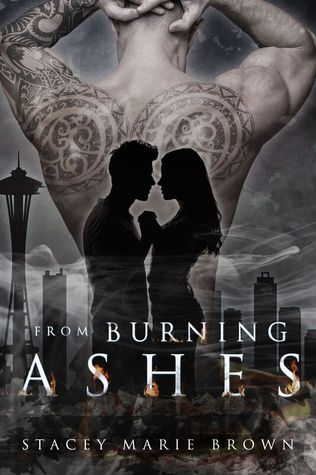 Add it on Goodreads

This war is not being played on a battlefield.

Killed by the man she loves, not even death is kind to Zoey.
Neither life nor her fae powers will let her go in peace.

In this final installment, Zoey’s strength, determination, and trust are put to the ultimate test. In the fight to protect the people she loves and stop DMG from experimenting on fae, humans, and animals to create soldiers, she learns the reality of how far Dr. Rapava will go to achieve his ultimate mission.

Of course, Rapava is not the only one willing to go to extremes. Vadik is hunting Ryker, and there is nothing he won’t do to get back the property he feels is his: both Ryker and the Stone of Destiny.

To end one evil, Zoey might have to make a deal with another. One she won’t be able to get out of. And it could be the worst decision she ever made.

Haven’t started reading the Collector’s series yet? Start with City In Embers!

Zoey Daniels has been tossed from foster home to foster home, where she grows up fast and tough. When she is placed in her “last-chance” home, she finds a reason to stay and turn her life around: her foster-sister, Lexie, who is paralyzed and confined to a wheelchair. Zoey will do anything to keep her safe.

After high school, Zoey is hired by a special government agency, the Department of Molecular Genetics (DMG), where she meets the other reason to remain: Daniel, her co-worker. The man she loves.

But there is something unique about Zoey. She can see fae. Because of this, the DMG hires her to work as a Collector: catching, researching, testing, and using the fae to save human lives. The work never registers on her sympathy radar. She was raised to think of fae as beasts that feed on humans and want to destroy them.

When devastation hits Seattle, Zoey’s whole world is turned upside down. The electric storm connects her to a ruthless fae, a Wanderer named Ryker, whose dealings expose them to even more trouble and danger. They embark on a journey, running and hiding from both the government and fae, both of which threaten their lives and those they love.

Stacey Marie Brown is a lover of hot fictional bad boys and sarcastic heroines who kick butt. She also enjoys books, travel, TV shows, hiking, writing, design, and archery. Stacey swears she is part gypsy, being lucky enough to live and travel all over the world.She grew up in Northern California, where she ran around on her family’s farm, raising animals, riding horses, playing flashlight tag, and turning hay bales into cool forts. She volunteers helping animals and is eco-friendly. She feels all animals, people, and environment should be treated kindly.