Review + Excerpt: Happily Ever Ninja (Knitting in the City #5) by Penny Reid

There are three things you need to know about Fiona Archer… I would tell you what they are, but then I’d have to kill you.

But I can tell you that Fiona’s husband—the always irrepressible and often cantankerous Greg Archer—is desperately in love with his wife. He aches for her when they are apart, and is insatiable when they are together. Yet as the years pass, Greg has begun to suspect that Fiona is a ninja. A ninja mom. A ninja wife. A ninja friend. After fourteen years of marriage, Greg is trying not to panic. Because Fiona’s talent for blending in is starting to resemble fading away.

However, when unexpected events mean Fiona must take center stage to keep her family safe, her response stuns everyone—Greg most of all. It seems like Greg’s wish has come true.

When all is said and done, can Greg handle this new version of his wife? Will his irrepressible cantankerousness push her away? Or can the couple find a way forward without either being forced to step back into the shadows?

This is a full length, 100k word novel, and is the 5th book in the Knitting in the City Series. All books in the series can be read as a standalone except book #1.5

Fiona and Greg’s story was one of the best in the series. Not everyone can make the story of a long married couple interesting, but Penny Reid does it with aplomb. Despite being married for 14 years, Greg and Fiona love each other as much in fact even more than when they first got together.

This book was a little different from the rest of the series. This was more like a romantic suspense and all the more enjoyable for it. Fiona is truly a ninja, that is for sure. What I loved best about this book was that Penny included real love letters for each chapter heading. And they were so beautiful. Each letter was pretty much a sum up of what the chapter entails.

After 14 years of marriage, Fiona and Greg have their share of hiccups in their relationship. Mostly the fact that Greg is away for long periods of time, thus missing his kids growing up and Fiona having to take care of everything alone. Fiona is quirky in her own way, in fact I think she is the one I see being Janie’s twin. For some reason this factoid jumped out at me in this book. Fiona too has the habit of spewing random trivia, but she also has an innate maternal instinct. She is what you call in the shapeshifter books as a maternal dominant. That woman can hold her own, even Greg is scared of her a little bit (shh.. that’s a secret), but she is also a total family person. She manages to hold on to those two diverse aspects of her personality.

Greg is weird in his own way. I mean, he desperately loves his wife. He can’t live without her and staying away from her for so long, isn’t really acceptable anymore. He is sarcastic, cantankerous and absolutely adorable. What I love most about him is his quality to make Fiona laugh at any given point of time, no matter how dire the situation. But with how tense the situation is in his marriage, all may not stay too well unless he acts fast.

Fiona and Greg are adorable together. They compliment each other so well. There were a couple of flashbacks too, through which we found out how Greg was feeling while they were dating. Their relationship had some turbulence in the past, but they have learned to accept and forgive and move on. Despite their age, I wasn’t expecting such maturity from them. But I shouldn’t have worried because Penny Reid doesn’t disappoint.

In other news, I loved catching up with the rest of the gang. I can’t wait for Kat and Dan the security man’s story. Janie and Quinn are as adorable as always and they have news of their own. Say what you may, but Janie never fails to make me smile.

Over all a very well-written book with well-rounded characters and sexy times thrown in between. Don’t forget to pick it up. 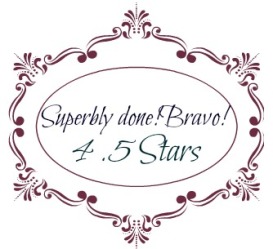 I tucked my fingers under her chin and lifted her face to mine, stealing a kiss; true distress clawed at my chest, traveled like a spike down my spine. I didn’t want to guess, or entertain any possibilities. Inevitably, my mind always jumped to the worst possible conclusion whenever I saw her inexplicably sad (i.e. brain tumor).

Even so, I attempted to keep my tone level and calm. “What could be too important for the greeting card aisle? It’s the perfect place to tell me anything and everything. There’s likely a card we can buy afterward for the occasion.”

She huffed a laugh, laughed a bit more, and then began crying again.

Her laughter was a good sign, so I went with it.

“Let’s see . . .” I shuffled us both to the rack and plucked a greeting card from it. “You tell me if this one describes your situation.” I cleared my throat and began to read, “Dear Brother, Many blessings on your fortieth birthday. May your girlfriend bring home that hot girl she works with and suggest a three-way.”

Fiona began laughing in earnest, burying her face against my chest.

I returned the original card, walked us a few steps farther down the aisle, and selected another card at random. “Here’s another. Dear Friend, Thank you for your thoughtfulness. I am so lucky to have you in my life, especially after that time I hit you with my car and salted the earth around your house.

I cracked a smile as I grabbed another card. She was laughing so hard she could barely breathe.

“Dear Co-worker, Get well soon. Sorry about the scorpions in your bed. And the leprosy. And the chlamydia.”

“Stop! I can’t- I can’t breathe.” Fiona gripped the front of my shirt as though she needed my solid frame to remain upright.

I took one more step and picked a new card. “Dear Dad, Happy Father’s Day. I know I’m not your favorite child, but I hope you will . . . you will . . .” I stopped reading because Fiona had stopped laughing.

In fact, she’d grown eerily still, though her fists remained anchored in my shirt. I don’t think she was even breathing.

She released an audible exhale—as though bracing herself—and titled her head back. New tears shone in her eyes and she looked . . . emotional.

Not sad. Not worried or scared. Just emotional.

She nodded, her mouth wanting to smile but her eyes betraying the disordered chaos of her thoughts.

I had no idea what she was thinking.

I had no idea what I was thinking.

But I felt like I’d just been punched, slapped across the face. And it felt scary. And good.

I felt like I was the king of the universe, the luckiest man alive.

I felt panic, because I didn’t know how to be a dad, at least not the kind I wanted to be.

I felt a bizarre surge of pride, of accomplishment.

I felt a heady wave of possessiveness, for this woman I loved, for the child we’d made. I felt responsible.

But I did not feel burdened.

And I knew nothing would ever be the same. 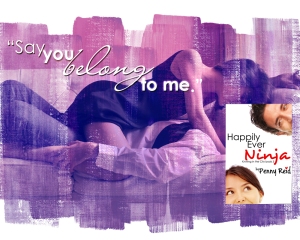 SEX! It all started with sex, between my parents. Personally I don’t like thinking about it, but whatever works for you is a-ok with me. No judgment. The sex happened in California and much of my life also occurred in that state until I moved from the land of nuts (almonds), wine, silicon… boobs, and heavy traffic to the southeast US. Like most writers I like to write, but let’s get back to sex. Eventually I married and gave birth to 2 small people-children (boy-6, girl-4 as of this writing).

By day I’m a biomedical researcher with focus on rare diseases. By night I’m a knitter, sewer, lino block carver, fabric printer, soap maker, and general crafter. By the wee hours of the morning or when I’m intoxicated I love to listen to the voices in my head and let them tell me stories. I hope you enjoy their stories.

← Review + Excerpt: I Wish You Were Mine (Oxford #2) by Lauren Layne
Cover Reveal: The Player and the Pixie by L.H. Cosway and Penny Reid →