First off, thanks a lot to Alexis Nixon and Ace Publishing for allowing me to read this book.

Now this is what I felt like when I got a mail telling me ‘Why yes, you can obviously have an early copy of Magic Shifts. You didn’t even have to ask.’ (okay she did not say that, but you get the idea)

and yes i did this too…

There are going to be some spoilers of Magic Shifts in this review. They will be minor in the grand scheme of things, but any Ilona Andrews fan knows that any spoiler is a big spoiler when it comes to the Kate Daniels series.

It’s been a couple of months since Curran stepped down as the Beast Lord and Kate claimed the city. The suburban life is as good as their life can be, though it’s an adjustment. While Kate and Curran are happy that they don’t have to get sucked into the Pack politics anymore, Curran misses the challenge of making the Pack run like a well-oiled machine.

When the Pack offers them an ailing Mercenary Guild, Curran has found a new challenge for himself. Except the Guild is in shambles, the Clerk is gone, there’s no one to man the tables so to say, and all the mercenaries have a bad attitude to boot. The mercenaries don’t need Curran coming in and saving them, but then again Curran never cared much for what others wanted.

This time around Kate and Curran are supposed to save Eduardo, the were-bison from the Pack. With no sign of Eduardo, his fiancée, George, is in a turmoil. So she goes to the two people she knows can help her. True to their nature, Curran and Kate do everything in their power to help George and save Eduardo., sometimes going above and beyond to help them. With hoards of ghouls in town and the strange gigs the Kate and Curran are doing for the Guild, they know that their unknown enemy is one of the strongest they’ve ever met.

With one of the oldest supernatural creatures in town wreaking havoc in Atlanta, Kate and Curran don’t have much time to play house or just be. For them, it’s a race against time to save a friend’s life and keep Atlanta whole without losing their lives in the process.

Let me just say this: Holy sh*t! This book was bloody awesome. Kate and Curran are in full form, fighting death, vanquishing enemies, saving friends and meeting Roland for dinner when they have some free time. While I love all the books in the Kate Daniels series, Magic Breaks wasn’t my favorite. I was disappointed with the lack of Curran for half the book, but that is not the case in Magic Shifts. I also forgot how much I loved Kate the Mercenary rather than Kate the Consort, and I was reminded of that in this book. Kate kicked ass in this book. Totally and completely kicked ass.

Magic Shifts took me thorough a whole concoction of emotions. I obviously loved Kate’s kick-assery. Put Kate and her sword together and there’s bound to be magic. I enjoyed Kate being the family woman. Interacting with Curran and Julie, making them breakfast, asking about their day. And when Kate went up to her neighbour and told her to leave Curran alone, all I thought was ‘You go girl’.

Kate’s sarcastic humor is an unsaid favorite. But what I loved most in this book was that there was a point when I wasn’t sure if Kate and Curran are gonna make it. And not like in Magic Rises. I honestly thought they were on the verge of being over, but then they found their footing and worked their way through their problems. Then there was a point when I was crying my eyes out and saying ‘NO! NO, YOU CAN’T DO THAT! That’s so unfair. What am I gonna do now?’ That was a total *headpalm* moment with me literally crying buckets. That was also the epitome of Kate’s strength and to some extent her powers.

I was also glad to find out that all the characters I thought would leave with Kate and Curran did leave with them. Yayy me!! Some were unexpected, but all were welcome. Christopher makes an appearance in this book too and like always I enjoyed Kate’s interactions with him. Saiman too graces us with his presence, and honestly, that man needs to stop doubting Kate. When is he gonna realize that Kate is THE BOMB?  Watching Julie turn into a mini-Kate was fun in itself, but she too is getting stronger with each passing day. I’d love to know her role in defeating Roland in the future books.

As with all the Kate books, there was her trademark humor, her banter with not just Curran but also other people. Her intrinsic loyalty towards her family and friends. Walking into trouble headlong and saving lives. This book has all the elements that are present in the classic Kate Daniels books by Ilona Andrews.

There’s not a single thing in Magic Shifts that I didn’t like or that I’d like to change. This book, for me was perfection. I have already read it twice and when it comes out tomorrow, I’m gonna be reading it again. This book is Ilona Andrews at their best.

This review also appears on the Gemstreet Reviews. 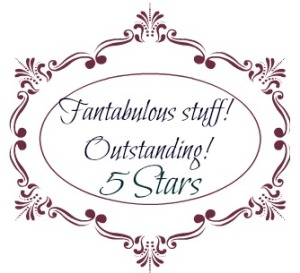